The students recently took part in a “lightning carnival”, a sports day between local schools. During the carnival the schools competed in soccer, netball, modcrosse and Australian rules football (AFL). We had an amazing day and our school was victorious in the football and netball. I was lucky enough to be the girls’ soccer coach and, although we didn’t win the shield, we had an awesome day. The girls had six matches and won five, only losing one game by 1 – 0. Unfortunately, this meant we were just pipped to the top. The day was incredible with the girls doing everyone proud; their competitiveness, attitude and sportsmanship was amongst the best I’ve seen. Check out the action shots below. 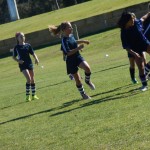 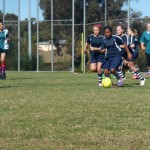 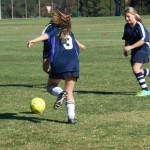