Everyone knows that, of all the countries around the world, the UK has an immensely rich and varied history. Few places have as great a history as the town of Chester. The name itself is historic, its origins being Roman meaning a fortress or fortified town and the Roman presence in the area is still strongly visible. We saw the remains of a genuine Roman amphitheatre with the remains of the thick walls still visible. We also saw the great medieval wall which still showed the scars of the English Civil War (1642 – 1651). The Royalists (those who supported the king) were camped within the town whilst the Parliamentarians (those who supported the freedom of parliament) blasted them with their cannons. The photo below shows where the wall had to be repaired. An even older history is also visible in Chester, one that doesn’t go back hundreds, but rather millions of years. Sedimentary rock which was laid down millions of years ago forms the bedrock upon which the town is built and with lower water levels this is clearly now visible. Check out the photos to see this amazing history. 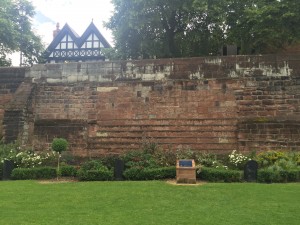 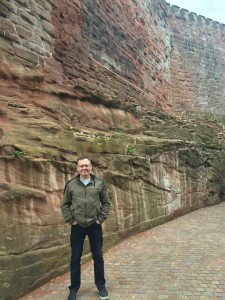 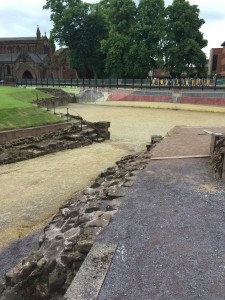 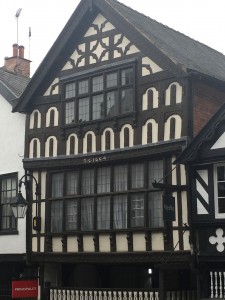