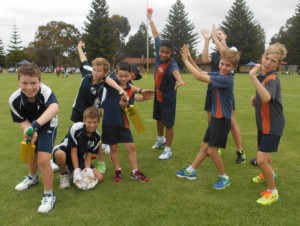 Students from LA19 and several other classes took part in a major cricket tournament. We had as boys’ team and a girls’ team participating and the prize was a big one – a trip to the WACA to play in the state finals, the winner of which travels to Melbourne! We were there because we were originally successful in our area competition (mentioned earlier in this blog). However, the further you go, the stiffer the competition gets. This was certainly the case for the boys who, despite a great performance with two victories and two losses, were knocked out of the tournament. However, it was better news for the girls who won all their matches and now travel to the WACA. Better luck next time to the boys, but best of luck to the girls.