During the week before the holiday (for anyone not in Western Australia we’re on a two week break) we had a sports carnival with several other schools in our area. As usual, I was in charge of the girls’ soccer team and, as usual, we did very well. We played against a total of six other teams, winning our first five games with big scores. However, it was a long day and the rains came down with a vengeance – it was horrible! It was a relentless downpour and the girls were soaked through to the skin and shivering with the cold. Nevertheless, they smiled all the way through, did their little celebration dance with each goal and gave every last drop of energy they had. Unfortunately the girls came up against a team whose players play soccer for clubs out of school and they lost the final game, giving them a hugely deserved second place. I only managed to take a few pics (all of Lexie) due to the downpour which came through shortly after. 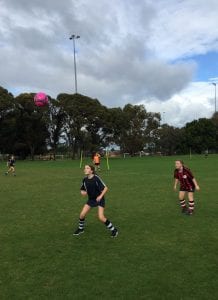 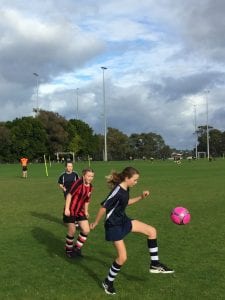 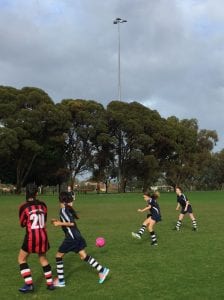