It’s a funny old world at the moment. Not in the sense of it being humorous, but it’s certainly more strange than we’ve ever been used to. However, in an attempt to reintroduce an element of good old fashioned normality, LA14 have dived right back into our familiar routine of hard work and creativity. In these past weeks we’ve learnt about the Great Depression, what caused it and the effect it had; we’ve continued with our work looking at Australia in World War 2; The Shadow, a mysterious 1930’s superhero made a visit to the class; we’ve created haiku poetry from images of the Great Depression; we’ve even learnt how to calculate the area of circles and are about to embark on a major math project. In the midst of a confused and crazy world you can rely on LA14 to be a small, calm island of normality. 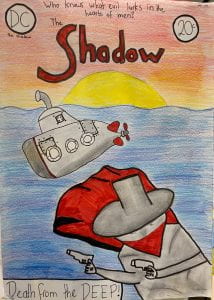 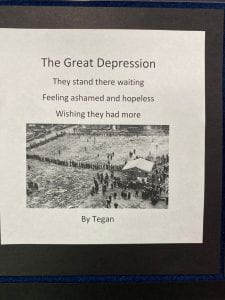