“Not all heroes wear capes!” This is a saying that’s been used quite a bit lately, especially when we think of the health workers fighting the deadly, global pandemic. To be honest, there really aren’t any real life cape wearing heroes (anyone running around in a cape would generally be thought of as odd – to say the least). Real heroes are all around us, ordinary people who do good things and who often don’t get recognised for what they do. It doesn’t have to be something amazing, even small things (a gesture, a word, giving time…) can make a massive difference to someone. Some of the unsung heroes at our school are the members of our very important P&C Committee who do such great work raising extra funds to benefit the students. One of the events they recently put on was a colour run around the school oval which, as so often happens, allowed the students to have a great time whilst at the same time raising essential funds. It did get messy as you’ll see below. 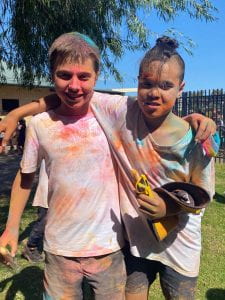 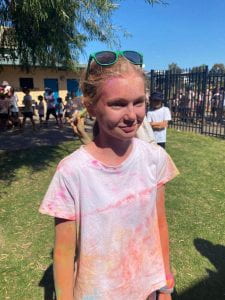 One thought on “Unsung Heroes”